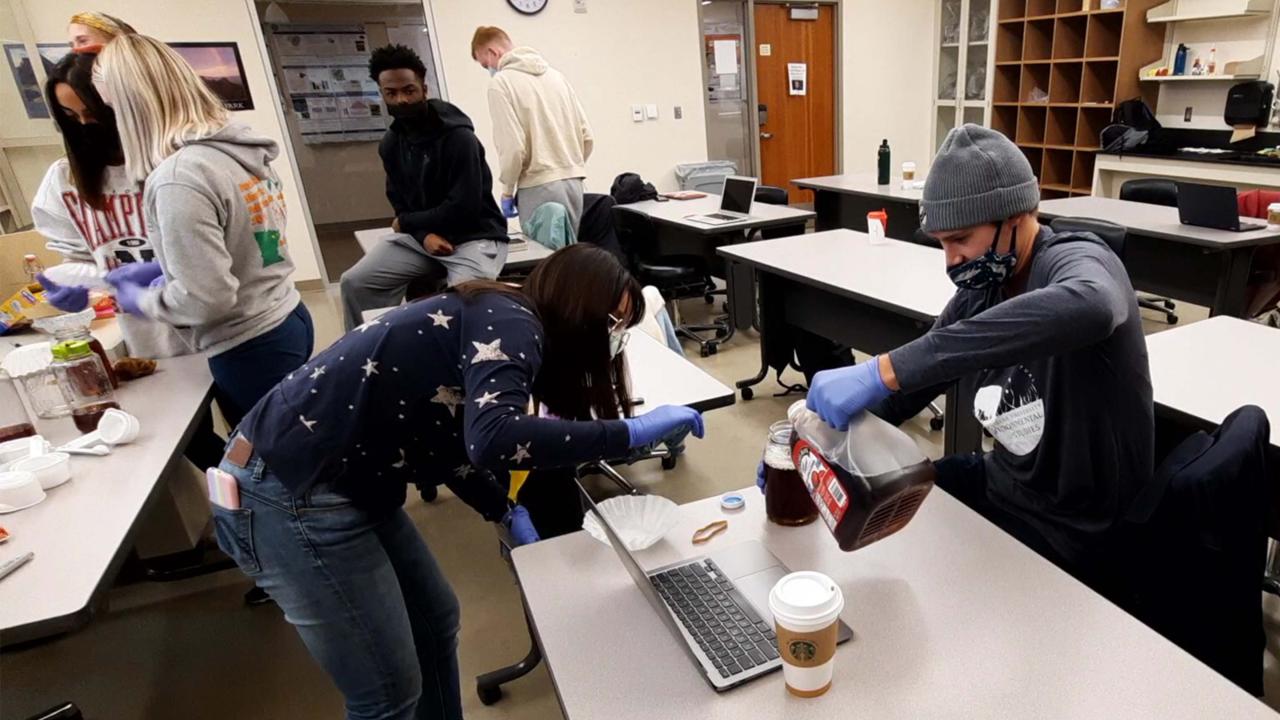 Augustana University will offer brewing & fermentation as a minor beginning in the fall of 2022 — adding to the list of interdisciplinary academic programs being developed as part of Augustana’s strategic plan Viking Bold: The Journey to 2030.

The minor will include two tracks of study. In the applied brewing track, students will learn and apply the science behind fermentation, along with how to set up, run and troubleshoot fermentation equipment. In the brewing management track, students will apply business principles to the craft brewing industry. Both tracks include local internships at places such as breweries, wineries or industrial fermenters.

“This minor is so interdisciplinary, it’s crazy,” Bruggeman said. “The opportunity for hands-on learning and the networking we’re going to provide them with — it’s something they can’t get anywhere else.”

Bruggeman and Conover hope to engage art students to design labels, environmental studies students to grow ingredients such as hops and honey, marketing students to create promotion plans, as well as a student-led group to provide education on the responsible consumption of alcoholic beverages. Conover, who began an apple orchard on campus, wants to see his apples become part of the process.

“I'm excited to see what students do with this,” Conover said. “I think there are so many possibilities for all different walks of life and interests. And, especially, I'd love to see my first crop of apples pressed into cider — I'm always waiting for that moment.

“It's also fun to see us use the campus space and outside green areas and reconfigure and reconsider our environment,” Conover continued. “So, it's not just something we walk through; it will be a productive space for us.”

Brayden Harris ‘22 has watched the program come together and said it has been exciting and impactful.

“I have a few friends and colleagues that brew their own beer and it is a rather large community in Sioux Falls, and I thought maybe Augie should have their own little taste of fermentation on campus,” Harris continued.

All students in the minor will take a gateway course called Preserving the Planet Through Bread, Brie and Beer, which focuses on the history and use of fermentation and food preservation methods. They will also participate in a final capstone course where students in both tracks will come together to design, produce and market a beverage.

Bruggeman and Conover have been working with an advisory board of professional brewers, vintners and a representative from the fermentation industry, as well as with local breweries like Fernson Brewing Company and Remedy Brewing Company — both owned by Augustana alumni. They are also looking to develop professional certifications within the program, such as the Cicerone Certified Beer Server.

“For employers, this means their employee already knows the differences between all the types of beer, and they know how to set up to deliver the product,” Bruggeman said. “They know how to hook up the pipes, kegs and equipment, so in hiring that employee, there's training they don't have to do. So, it's a pretty valued certificate.”

According to Bruggeman’s research, no other liberal arts universities in AU’s footprint offer a similar minor. Augustana is also one of only two universities in South Dakota to offer a brewing & fermentation minor.

“This program will be a wonderful addition to any liberal arts education,” said Harris. “What better way to be a well-rounded citizen?”

Pictured: Augustana students making kombucha — a fermented beverage to be created as part of the new minor. 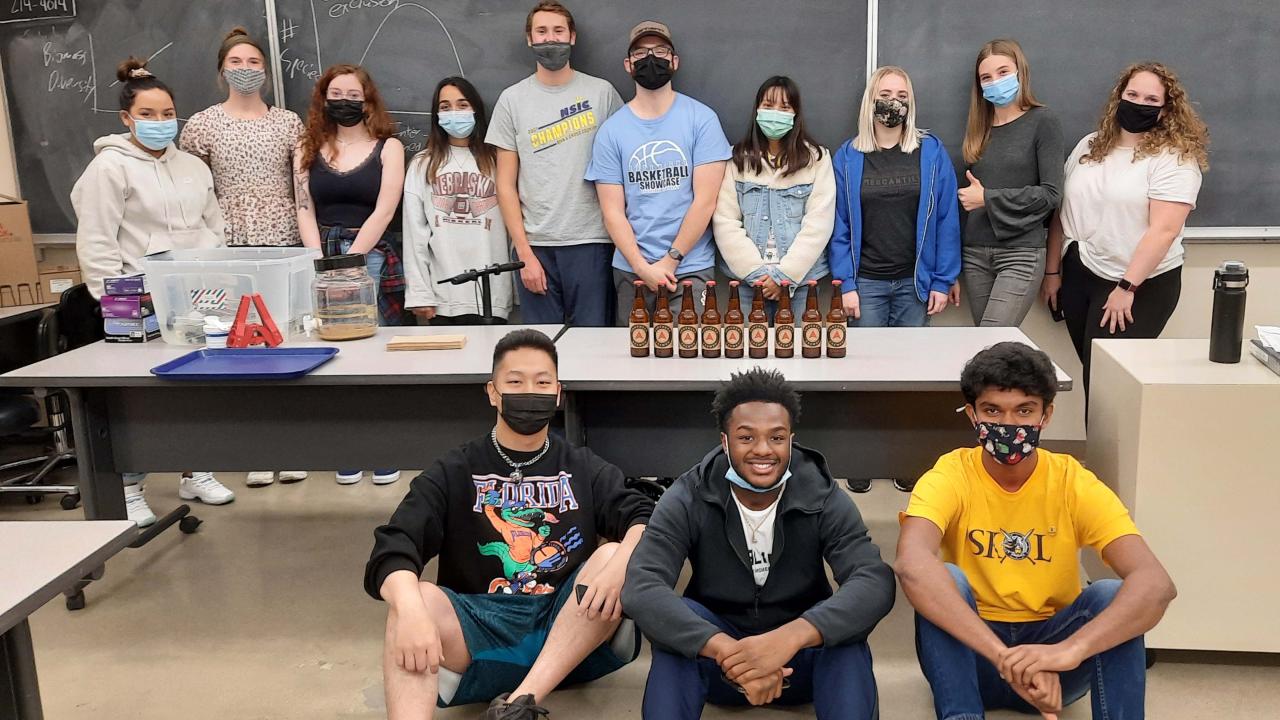