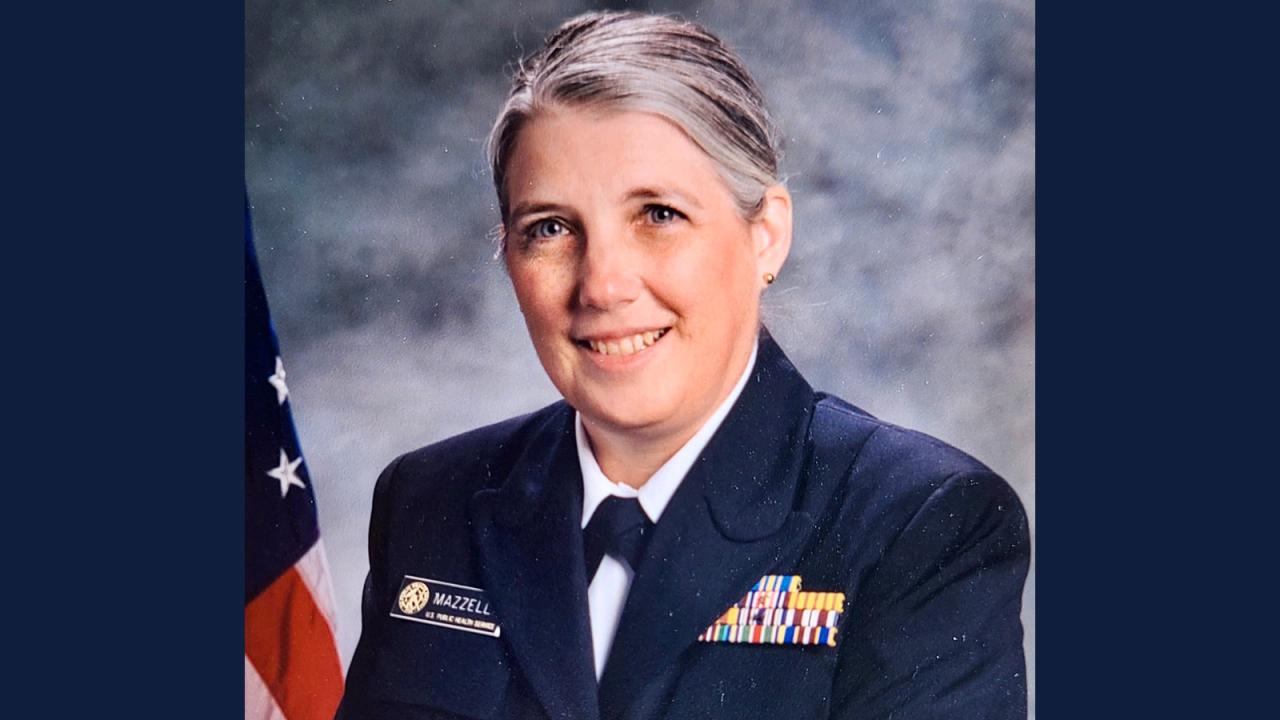 “Augustana On the Road” is a series of events designed to share updates on Viking Bold: The Journey to 2030 and news from campus with alumni from across the country. On the Road also provides opportunities to reconnect with alumni — discovering their unique stories and incredible accomplishments since leaving Augustana. Carolyn "Beth" (Pearl) Mazzella ‘71, who attended the On the Road in Rapid City, South Dakota, shared the story of her impactful career in public health — beginning as a commissioned officer and retiring as assistant surgeon general/chief nurse officer in the U.S. Public Health Service (USPHS), with an honorable discharge after 26 years. 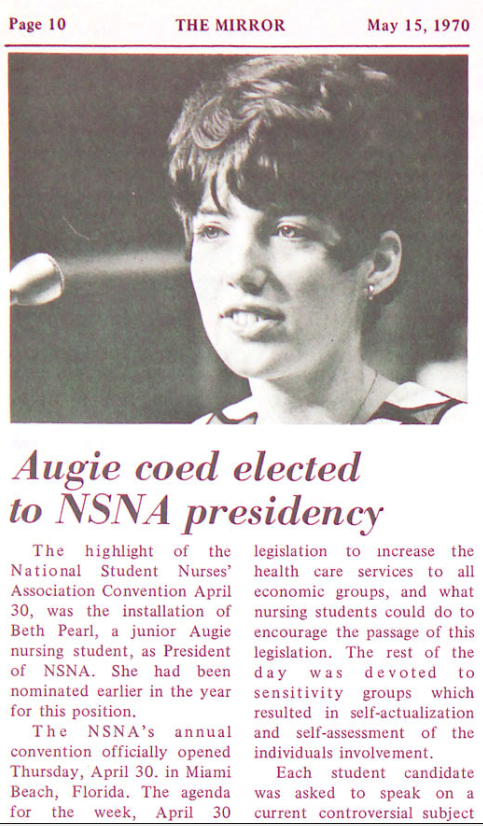 Originally from Wessington Springs, South Dakota, Mazzella was a nursing major at Augustana, and always interested in the health field.

“I don't know the genesis of it, but I can tell you that my mother, during World War II — the only time she worked outside the home was in a hospital in Nebraska,” Mazzella said. “I'm the generation of John F. Kennedy, so there was an altruism of making things better, of being beyond self. And, I think nursing became a good fit for that.”

Entering the USPHS as a lieutenant, Mazzella held progressively responsible nursing positions: staff nurse, charge nurse, team leader and nursing consultant in community health and nursing education, among others. In 1979, she became a nurse educator with the Aberdeen Area Indian Health Service (IHS), where she provided nursing education for IHS staff and a dozen tribal nations in a 5-state region, including three tribal community colleges. Additionally, Mazzella implemented mobile in-service programs that increased educational opportunities for staff in isolated locations at a reduced cost.

“Growing up in South Dakota, I knew about the Indian Health Service, and that's where I wanted to go,” Mazzella said. “My first assignment was as a community health nursing intern — learning how to work in communities, the basics of school health, how to run community clinics and mass immunization programs. From there, I was set up to work in Keams Canyon, Arizona, where I worked in the Navajo-Hopi Joint Use Area.”

After her time with IHS, Mazzella took a position as a personnel specialist and recruiter with the National Health Service Corps. There, she recruited health professionals from all major disciplines for service in the USPHS and operating divisions of the U.S. Department of Health and Human Services (HHS).

Mazzella was then named deputy director in the Division of Scholarships and Loan Repayments for the National Health Service Corps. In this position, Mazzella led a multimillion-dollar program providing scholarships to medical, dental and advanced practice nursing (APN) students in return for primary care service in underserved areas of the country. She also implemented a robust loan repayment program for providers willing to practice in underserved areas. This, Mazzella said, is her biggest point of pride because it all began when she was a student.

“In 1970, I was involved with the Augustana Nursing Student Association and Nursing Students Association of South Dakota, and at that time, we were very active in health care in underserved communities. And, we were passionate that everybody deserves to be healthy,” said Mazzella. “We had representatives lobby in Congress, meet with legislators and I had a meeting, along with other health professionals in that coalition, with Elliot Richardson, (then United States Secretary of Health, Education and Welfare). Eventually, the National Health Service Corps was created.

“Fast forward 20 years, and I get the chance to be deputy director of the Division of Scholarships and Loan Repayments,” Mazzella continued. “I get to see a dream come to fruition and see that we are actually doing what we had hoped to do.” 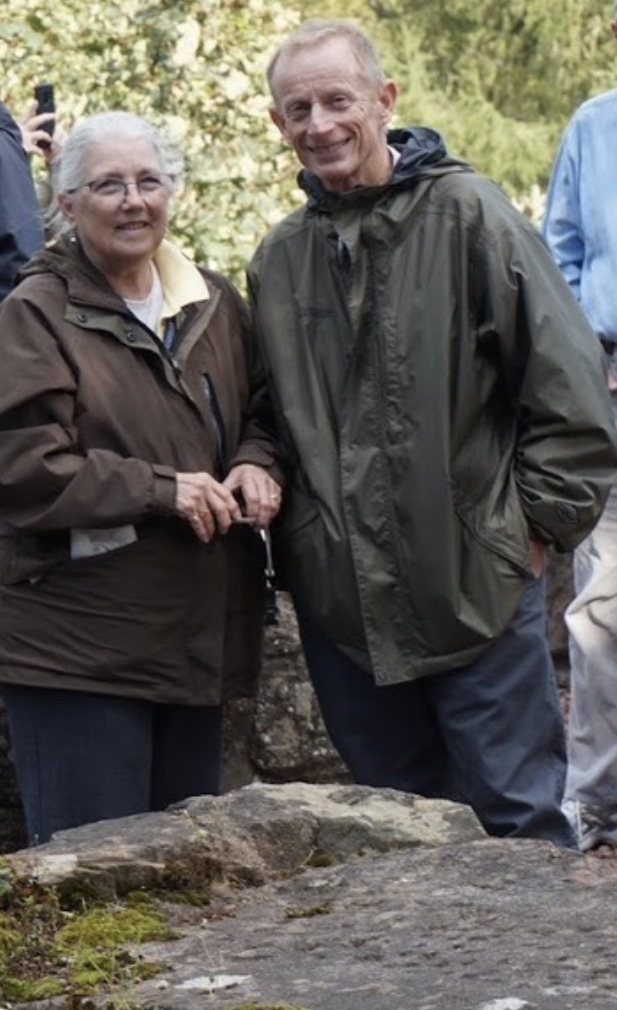 “I got there with a lot of help from a lot of people,” said Mazzella. “You don't get to those positions without being able to say yes to opportunities, and particularly opportunities that you may think are a little beyond you, that intrigue you, that you want. Maybe you're going to have to grow to get into them, and a lot of people helped me do that.”

Mazzella also credits Augustana for providing her with a strong educational foundation. In 1970, Mazzella was elected president of the National Student Nurses' Association at its annual convention in Miami, Florida — the second Augustana student to become head of the organization.

“Augie did two things for me,” Mazzella said. “One, it recognized and helped me solidify that core belief that health is a right of all people. And, two, it helped me actualize that altruism is not adverse to ambition and the two can work together to move forward on goals.”

The retired rear admiral had some advice for students and faculty.

“Say, ‘Yes’ to opportunities, particularly if you can grow into them. Stretch beyond your comfort zone if it's something you're really passionate about. Push to see if you can get there. Faculty, recognize that that's exactly what you want students to do, and maybe they're not going to do it the way you want them to or in the traditional path, but facilitate that and you will be amazed at what you get.”

Mazzella, who retired in 2000, but then “did a short stint” as a school nurse, enjoys spending time quilting, gardening and spending time with her husband, Peter, also a retired public health service officer.

The next Augustana On the Road will take place in Washington, D.C., on Nov. 1. To register, visit augie.edu/DC22.