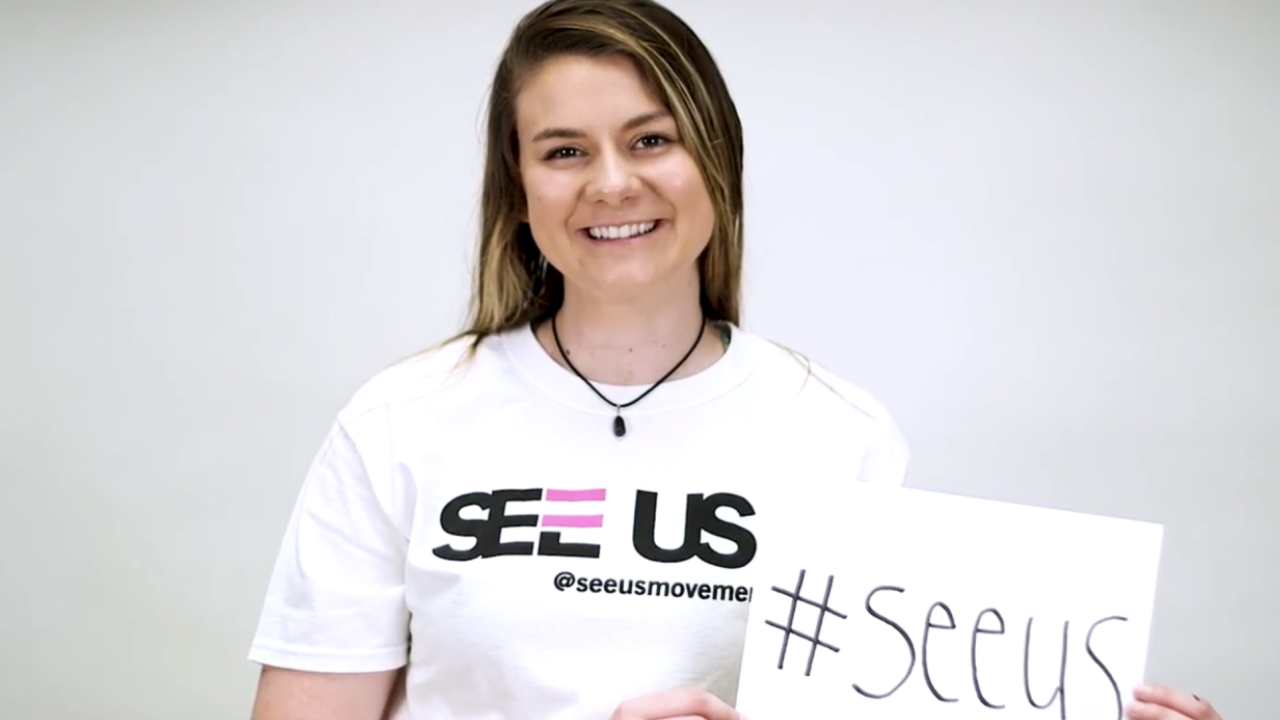 A movement with national aspirations is now a reality for its founder and Augustana graduate Courtney Place, '19. Place was just announced as one of 20 world-wide winners for Victoria's Secret PNK GRL Project for creating the SEE US movement in 2018 while a student. Victoria’s Secret PINK made the announcement on May 30, announcing Place was one of the 20 winners of their first-ever GRL PWR Project. Place, and the other 19 winners wil receive $10,000 each to pursue their dreams and jumpstart their bright futures.

Winners were notified through a video call from one of the GRL PWR Project judges; their individual(s)hero, a woman in their life who they admire; or a PINK executive.

"It's a movement that spreads awareness about female athletes being underrepresented, sexualized, and judged on appearance rather than ability," Place said. "I hope that it just spreads awareness and starts conversations that didn't happen before, and I think that it's a hard subject to talk about, and a lot of people are afraid to discuss female empowerment in general but with sports especially, and hopefully I want it to become a nationally-known thing."

The GRL PWR Project is an opportunity for women between the ages of 18 and 25 who are leaders, trendsetters and go-getters in their communities to apply for funding that will help make their GRL PWR goals a reality. The GRL PWR Project received more than 5,000 submissions, and the judges selected the top 20 based on how the applicant’s project empowered themselves or others.

“The GRL PWR Project is important to the PINK brand because we are always looking to encourage our customer to find their voice and to support the dreams of young women who exemplify ambition, optimism and confidence,” says PINK’s Chief Executive Officer Amy Hauk. “We are very excited to be celebrating the inaugural class of the GRL PWR Project, each of whom have been selected because of their bright contributions to the future."

Check out Place's reaction to being chosen as a winner at the 2:20 mark.

Place is joining the non-profit organization, Her Next Play, which empowers female athletes to confidently launch successful careers and is located in Edina, Minnesota. SEE US will become an official program within Her Next Play. Place has several goals for developing the program including: