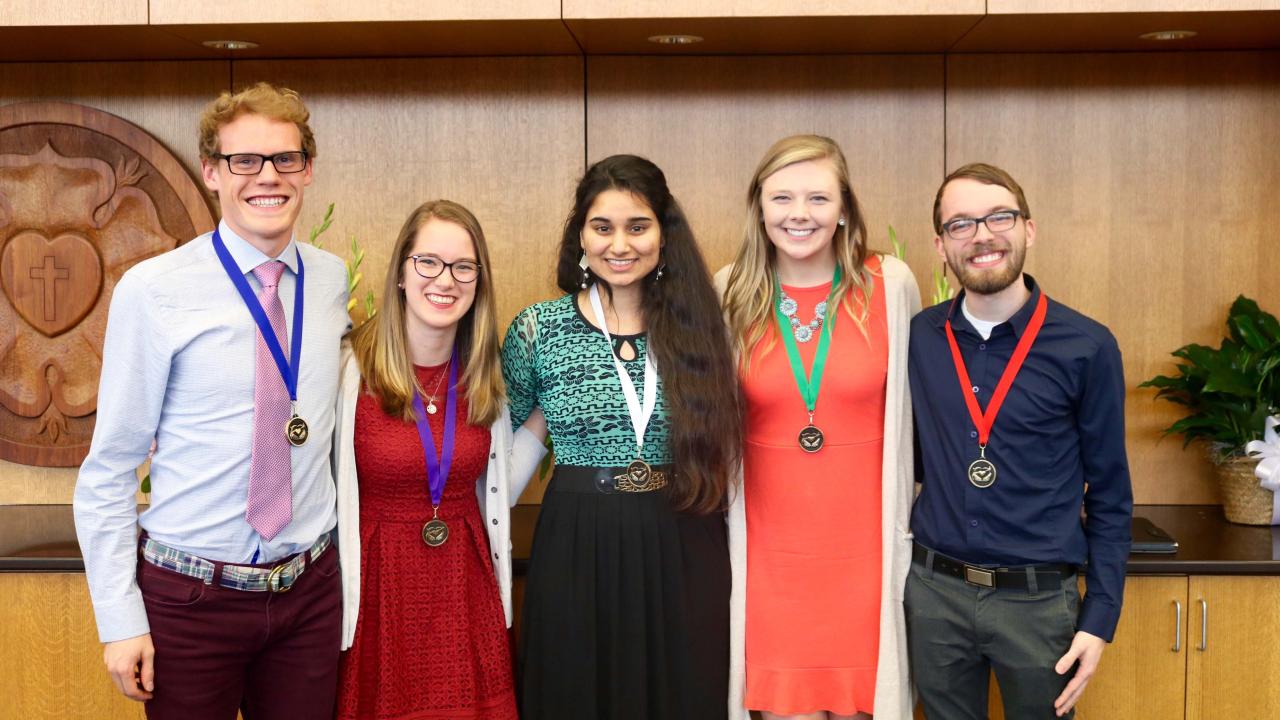 Five students were recognized for their exemplary commitment to the values of Christian faith, the liberal arts, academic excellence, community and service, respectively, at Augustana’s 2019 Covenant Award ceremony, held Friday, April 5 on campus. The ceremony was part of Verdier 2019, a week-long celebration of the core values that serve as the foundation for Augustana’s academic and student life programs.

The 2019 Covenant Award recipients are:

Blom is a senior from Pipestone, Minnesota. Her majors are journalism, communications studies/business and Spanish.

Barrows is a senior from Helena, Montana. He is studying English and religion with minors in philosophy and math

Varpness is a senior from Montevideo, Minnesota. She is majoring in religion and communication studies, with minors in classical studies and philosophy.

Kumar is a junior from Ghaziabad, India. She is studying biology and philosophy with a minor in  psychology.

Jaton is a senior from Sioux Falls. His majors are music and classics, and his minors are math and physics. 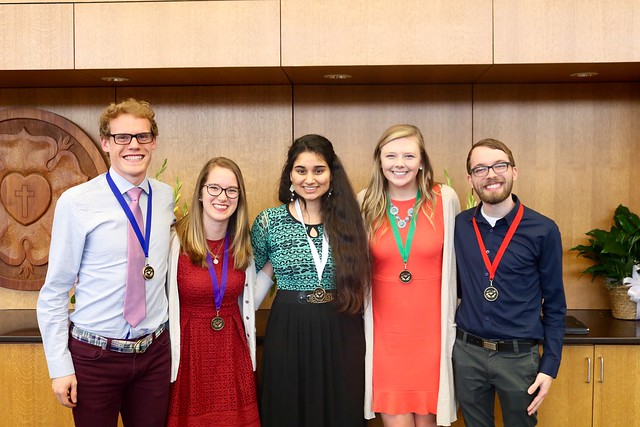