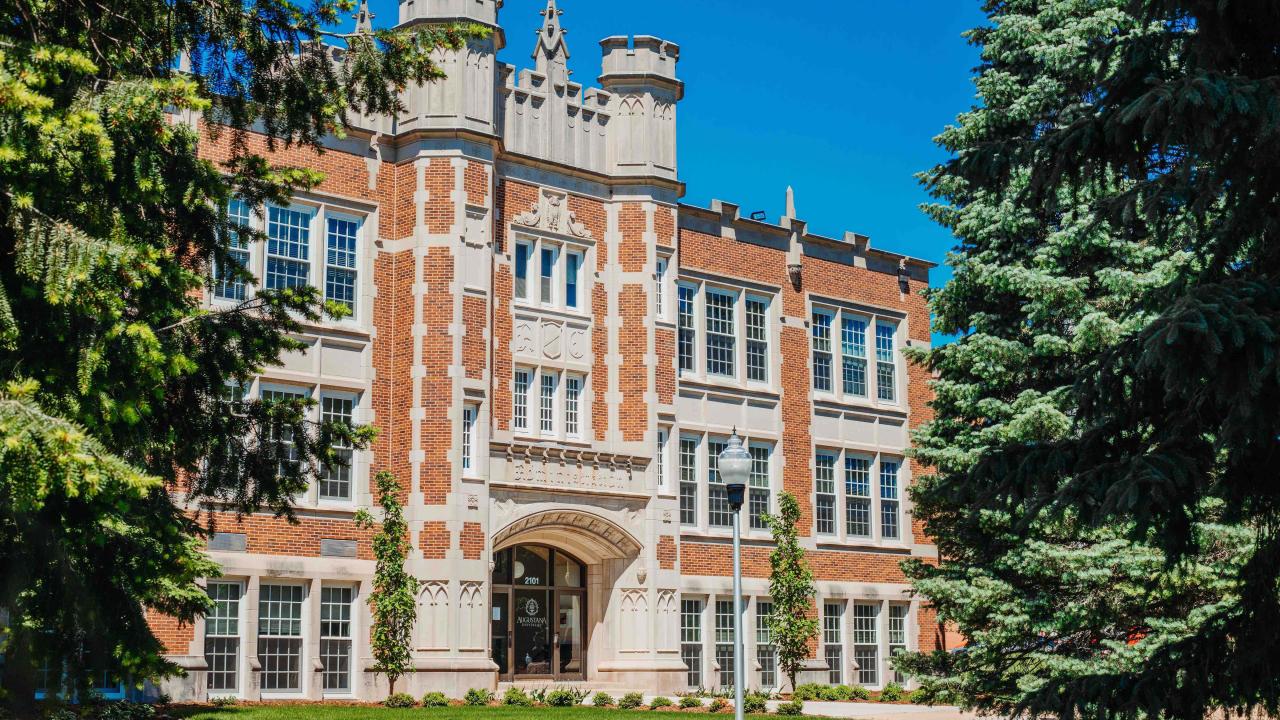 Career site Zippia has ranked Augustana University No. 2 in the nation for post-graduate employment. This is the second year in a row that Augustana has made Zippia’s list, also ranked second in the nation in 2019.

Augustana’s Assistant Vice Provost for Student Success and Engagement Billie Streufert said, “This is a distinctive ranking — perhaps the best in the industry. It is the most credible career outcomes report because it uses uniform methodology over a longer period of time and employer-verified information provided by the federal government.”

Using the Department of Education College Scorecard data, Zippia researched institutions in each state with the highest listed job placement numbers, looking specifically at employment levels 10 years after graduation. Every college was then categorized from the highest employment levels in the country to the lowest. Zippia focused on the best colleges from which to graduate with a bachelor’s degree, including colleges that predominantly offer four-year degrees.

For the purposes of readability, the ratings are rounded to two decimal places. Augustana ranked second nationally with a 96.05% employment rate over the 10-year period.

Streufert added, “These numbers are what both students and parents look to when making decisions on where to attend college — they look to an institution's graduates. I can genuinely say Augustana's graduates are living out the institution's motto of service.”

According to a recent report published by Augustana University, 99 percent of recent graduates seeking employment are employed in their major or chosen field.

The Outcomes Report compiled by the Student Success Center, in collaboration with the Office of Assessment, also shows that Augustana graduates can compete consistently in a rapidly changing marketplace. The employment rate of Augustana graduates over the last five years is 98 percent.