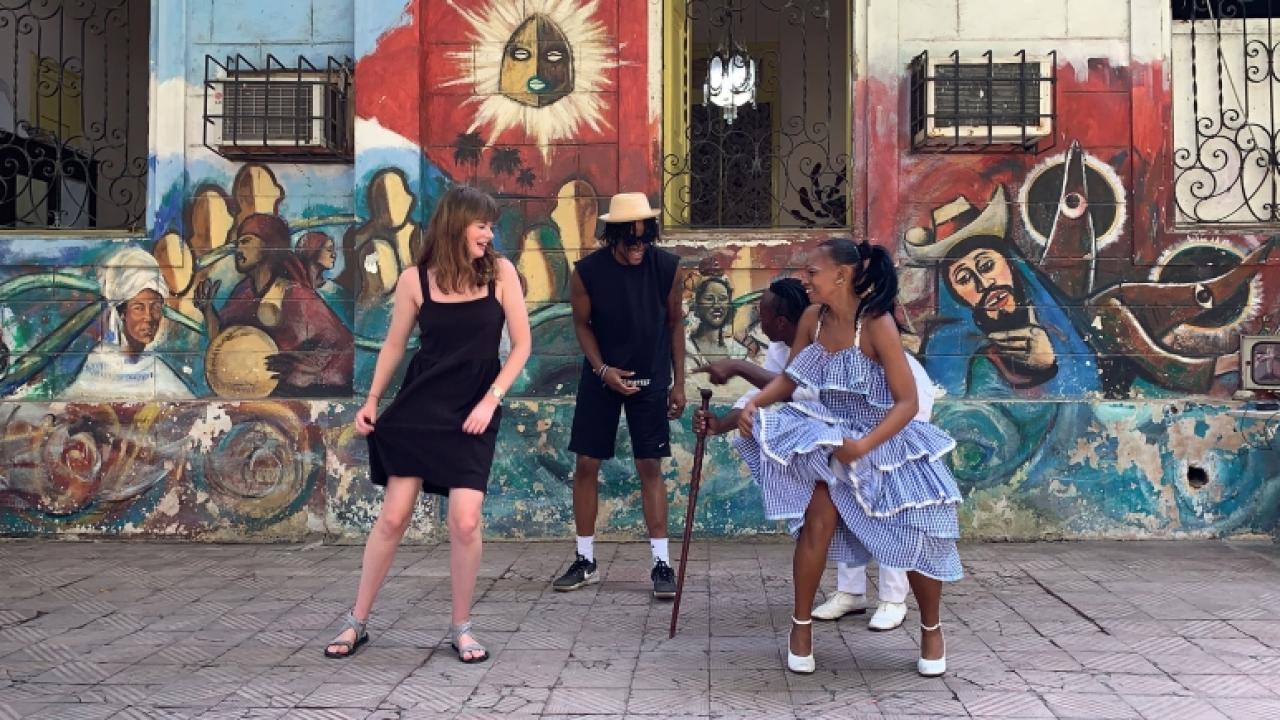 The International Programs Office (IPO) said cost is by far the number one reason why students do not study away during their time in college. However, for several Augustana University students, taking classes abroad has become a more viable option thanks to the Benjamin A. Gilman International Scholarship Program. During Academic Year 2021-22, six out of seven AU students who applied for the program were awarded a scholarship — more than double the national success rate.

“They say one in three are funded, but we’ve had some pretty good luck,” said Erin Kane, associate director for IPO and study away advisor. “When you compare us to the national average, Augustana students are doing really well.”

As a former reader for the Gilman Scholarship Program, Kane has provided students with information sessions on eligibility requirements and insight on how best to construct their application essays. She said most Augustana students have earned anywhere from $3,000-$5,000, but have the potential to receive up to $8,000 if they’re studying a critical language as well.

“A big part of it is if the students are not funded through the Gilman, which is a substantial award, then it’s likely that they’re not going to go at all,” Kane said. 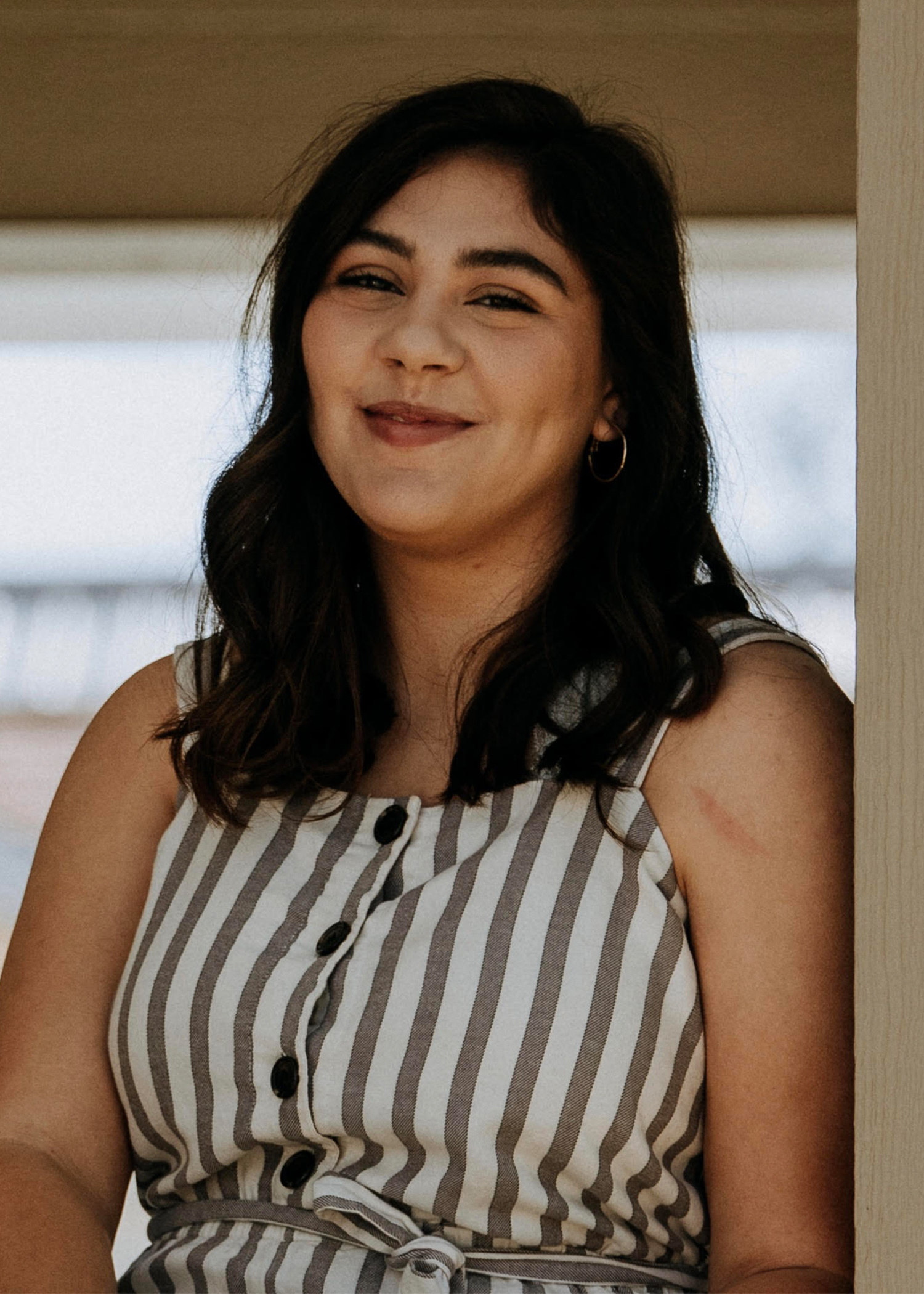 That was the case for Caleigh Sanchez ‘24.

Sanchez, a double Spanish and government & international affairs major, is headed to Cuba for January Interim (J-Term) with Drs. Pilar Cabrera and Joseph Patteson, who are leading a course called Revolution in Cuba. With ambitions of one day becoming a social justice or human rights lawyer, Sanchez has a deep desire to learn more about her Mexican heritage and make the world a better place.

“I really, really wanted to go to Cuba. I want to really look at the political dynamics in Cuba and the effects of socialism, communism and actually hear what the people themselves have to say about this,” said Sanchez.

Coming from a single parent household with five kids, Sanchez said studying away wouldn’t have been possible without the help of the Gilman Scholarship Program and the IPO at Augustana.

Sanchez said, “If you are looking to travel or looking to do a semester abroad, IPO has so much information to provide you and they want to give you every opportunity possible.”

Another Gilman Scholarship Program recipient from Augustana said he wasn’t certain he would be able to attend college let alone have the opportunity to study away. 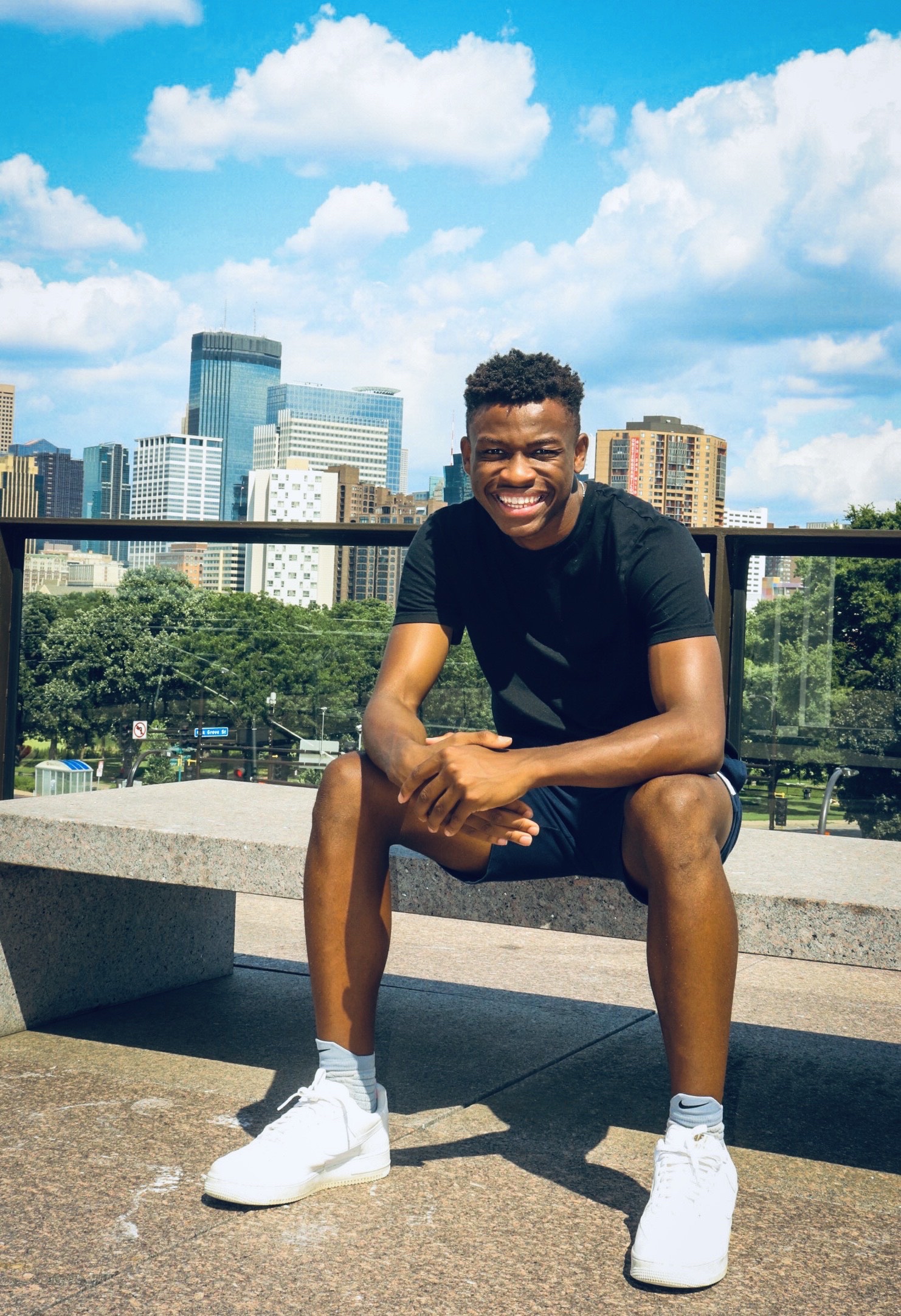 Muse Abdi ‘24, is originally from Kenya, but lived a majority of his life on the West Coast. Going into his eighth grade year, his family moved to Mankato, Minnesota, to be closer to certain health care when his father was diagnosed with glaucoma and eventually lost his vision.

“I wasn’t planning on running track. I wasn’t really planning on going to college. There were a lot of family things going on. I became the second parent in my household, so I helped my mom pay bills, get my siblings to class — just the little things you’re supposed to do,” said the oldest of nine children.

It was Viking Track & Field Assistant Coach Greg Binstock who convinced Abdi to come to Augustana and Dr. Daniel Gerling who convinced him to consider studying away.

“I want to be able to create new opportunities, take some of the success that I see in the U.S. to other countries,” Abdi said. “If I want to be in international business, I feel like I need to see the rest of the world, so it helped me get a jumpstart on that.”

Thanks to help from Kane and the Gilman Scholarship Program, the business administration and marketing double major, who is also minoring in mathematics and finance, is also headed overseas. Beginning in September, Abdi will begin his semester-long study away experience in Costa Rica.

“If there was no scholarship, there’s no way it would have been possible,” Abdi said. “For somebody who hasn’t come from much to get all these opportunities, it’s life-changing for me.”

While stories like these are what get the attention of the Gilman Scholarship Program, Kane said it’s also important for the program to see how the students will be able to inspire even more students to study away. There’s also a ton of networking opportunities for Gilman Scholarship alumni, including conferences and workshops on college campuses throughout the U.S.

“I think the cool part of the Gilman is, even though it’s based on financial eligibility, it can be your first step into an even bigger or better scholarship, so thinking about the Fulbright Program or different kinds of opportunities, especially students who might want to get into the Foreign Service — it’s a stepping stone,” added Kane.

In order for students to qualify for the Gilman Scholarship Program, they have to be Federal Pell Grant eligible, a U.S. citizen and spend 21 days in country. Students have to apply at gilmanscholarship.org, but it’s important to note that Kane and Augustana’s Office of Financial Aid are required to sign their application first. The next round of Gilman Scholarship Program applications opens on Sunday, August 1, and closes on Tuesday, October 12.