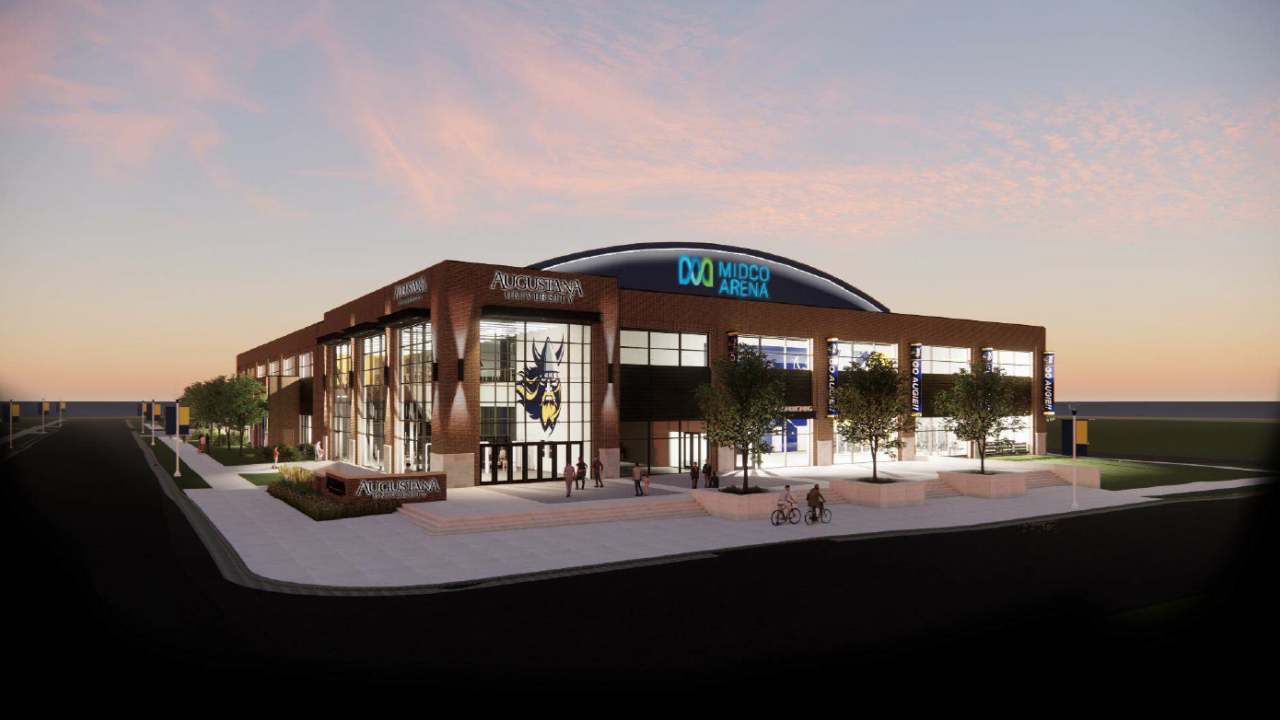 The home team bench at Midco Arena will be named the Nehring Family Nice Foundation in celebration of Randy and Debbie Nehring, who have been connected to the Sioux Falls community for nearly 30 years.

“I think it (Augustana Men’s Hockey) brings a whole new dimension to what Sioux Falls can host as far as college activities,” Randy said. “It will be a wonderful opportunity for people to see something we haven’t been able to see in Sioux Falls before.”

Randy is the chairman of The Rydell Company — an automotive dealership group. In 1995, Randy and Debbie acquired a dealership in Sioux Falls — Ben-Hur Ford — which eventually became Sioux Falls Ford Lincoln, along with Luxury Auto Mall of Sioux Falls. Both have since been sold to family members.

“I lived in Grand Forks (North Dakota) for 26 years before we came to Sioux Falls, and there, D1 (NCAA Division I) hockey was a big part of the community,” said Randy. “It was a big family affair, so I got to be a big hockey fan. I like it compared to many other sports because it’s a peer sport — lots of great action, lots of finesse, lots of speed; a lot of teamwork has to happen in order to make things work. It doesn’t rely on the ego of one individual player.

“I hope everybody gets 100% behind the program and lets it develop. It should create a wonderful social opportunity.”