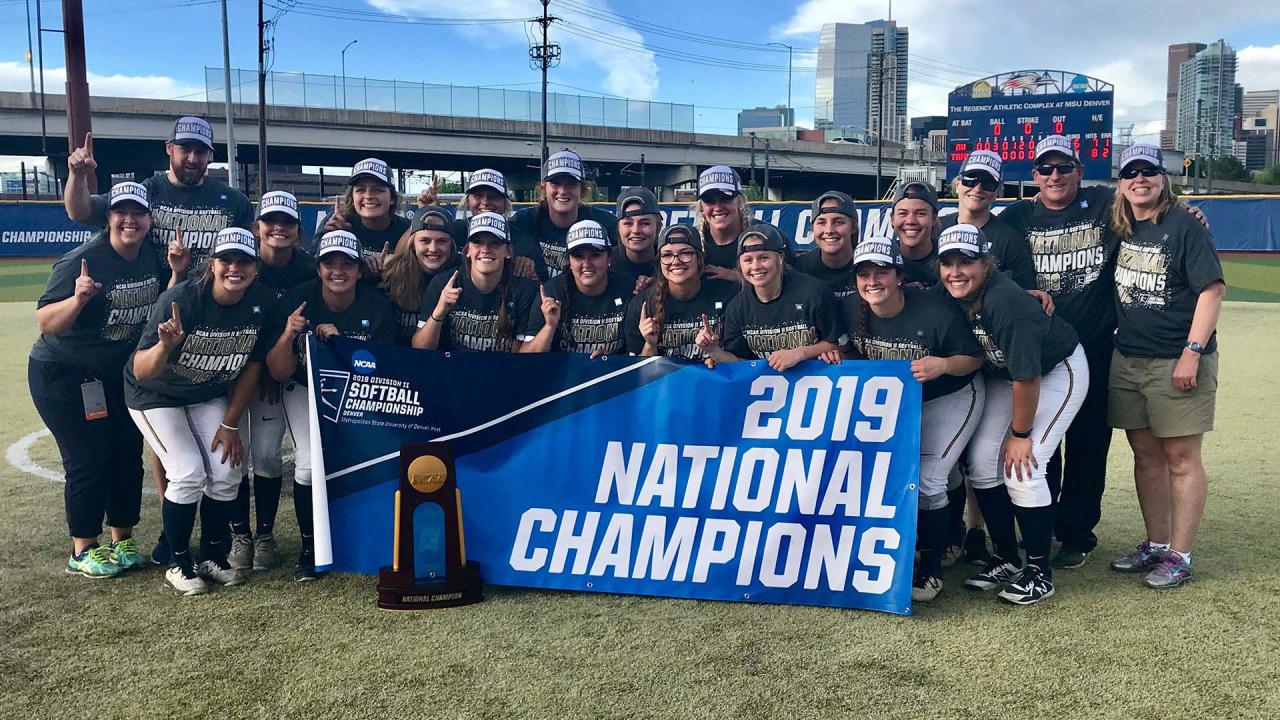 For the second time in program history, the Augustana Softball team claimed a national title. As 2019 Division II Softball National Champions, they beat Texas A&M-Kingsville in a best-of-three series, 2-1 on May 27. Read full-coverage of the game.

#WeAreAU
Relive the excitement in video 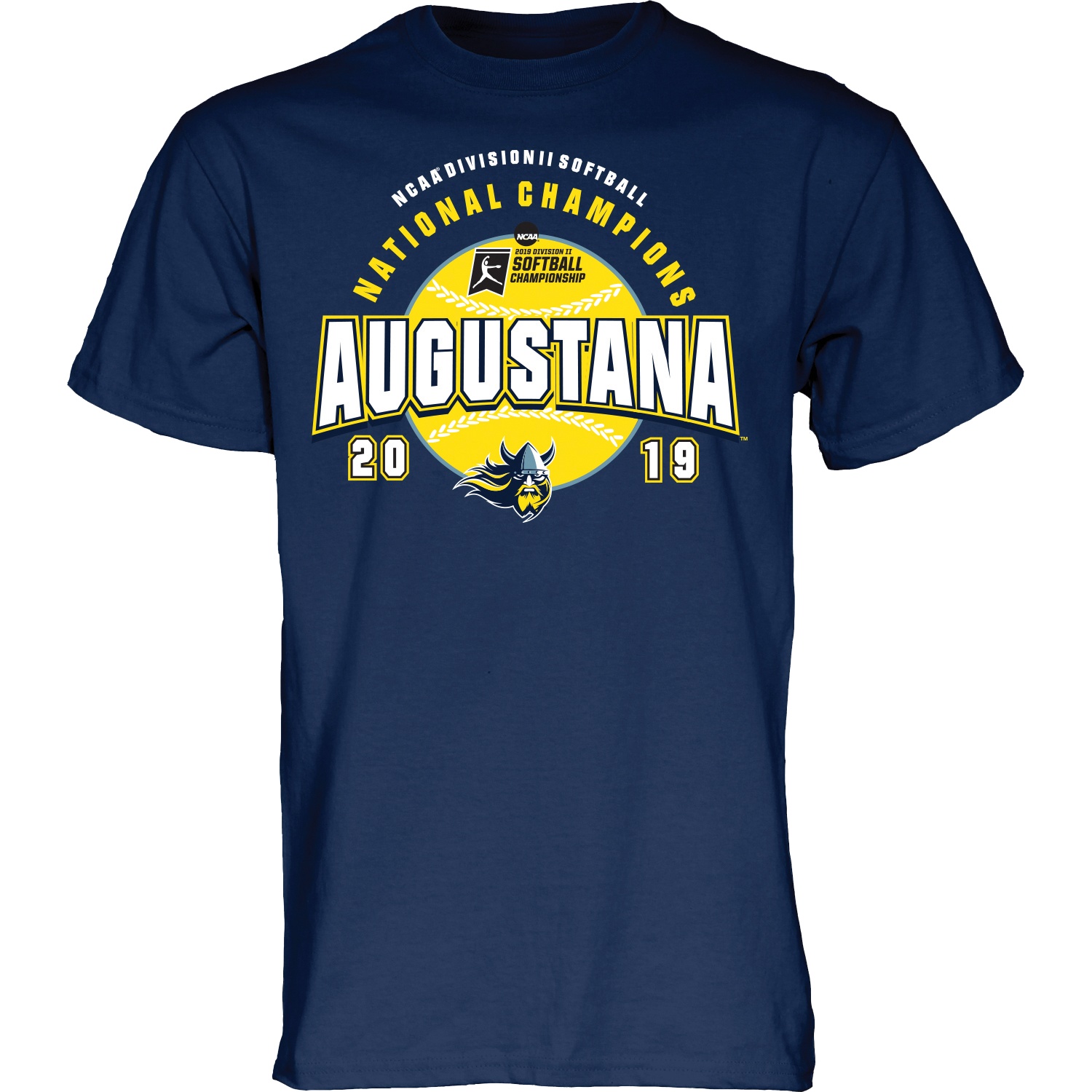 Celebrate the Augustana Softball team's historic win with a commemorative shirt. Available now online for $29.98 and at the Augustana Bookstore.

This is the first national championship win for Coach Gretta Melsted, who just finished her 13th season with Augustana Softball. Augustana (61-11), also tied the program record for wins in a single season with 61. The Vikings previously claimed the 1991 national title under legendary coach Sandy Jerstad.

Augustana earned six spots on the DII all-tournament team, including pitcher Ashley Mickschl who was named most outstanding player. Mickschl pitched a total of 26.1 innings, allowing eight earned runs and striking out 14. In addition to Mickschl, Maggie Kadrlik, Kendall Cornick, Shannon Petersen, Kara McDougall and Mary Pardo were each named to the all-tournament team.

Augustana head coach Gretta Melsted is proud of the program for not only winning the title but playing the game the right way and representing Augustana.

"Just an incredible day and an incredible performance from our program," Melsted said. "We always tell them — if you play the game the right way — if you're respectful of the game, the game will give back. We feel like today, the game gave back."

Tuesday, May 28, at 1:30 p.m. — Join us outside the Elmen Center in the drop-off circle to welcome the team home at approximately 1:30 p.m. as they arrive back from Denver.

Wednesday, May 29, at 5:30 p.m. — The official Celebration of Champions for the Softball team begins at 5:30 p.m. at the Hall Forum in the Elmen Center.