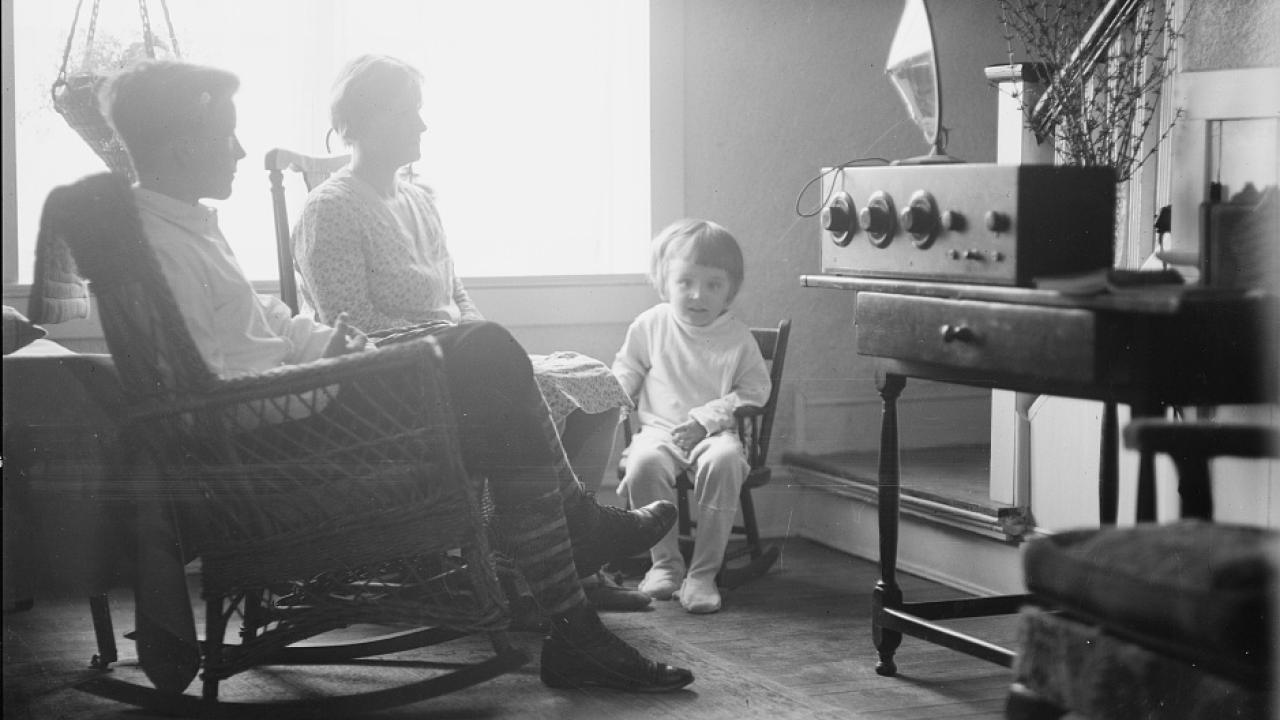 The conference will be held April 28-29, 2022, in the CWS Fantle Building on the Augustana University campus.

For the 54th Dakota Conference, presentations about radio and other forms of electronic communication from the 1920s to the present day are welcome, as we consider how wireless technology changed, and continues to impact, the lives of residents of the Northern Plains.

According to the South Dakota Broadcasters Association, radio began in South Dakota as early as 1912 in Eureka, but the flowering of licensed radio stations in the state, and throughout the Northern Plains, started in 1922. Stations on the campuses of the University of South Dakota in Vermillion (WEAJ, later KUSD) and the School of Mines in Rapid City (WCAT) began broadcasting that year. In Minnesota, the first radio broadcasts originated from the sixth floor of the Oak Grove Hotel in Minneapolis in 1922 (WLAG). In Montana, the first radio broadcasts emanated from KFBB in Great Falls in 1922 and from Montana State University (KUOM) in Bozeman in 1925.

Radio vaudeville and theater and music of every imaginable style—from jazz, blues, and rock 'n roll to opera, symphonic, and chamber—found the airwaves an effective medium. Churches and other religious organizations discovered they could meet the spiritual needs and/or fill their coffers from radio audiences.

Beginning in the 1960s, public radio became an alternative to commercial radio. Licensed to non-profit organizations and universities, public radio enjoys a loyal following among those seeking a blend of public affairs and the arts. One of the earliest is Minnesota Public Radio, begun on the campus of St. John's University.

Radio audiences, along with ad revenue, were in decline in the 1970s and 1980s. With the abolition of the Fairness Doctrine in 1987, an FCC policy requiring controversial viewpoints to be balanced by opposing opinions on air, and the institution of the Telecommunications Act of 1996, conservative-libertarian points of view began to dominate the airwaves. How have these changes in federal policy affected political discourse in the Great Plains?

Paper and session proposals on these and other topics related to the Dakotas, Minnesota, Iowa, Nebraska, Wyoming, and Montana are welcome.

Awards: Presenters are encouraged to submit their papers for cash award consideration in academic, non-academic, student, and women's history categories by May 13.