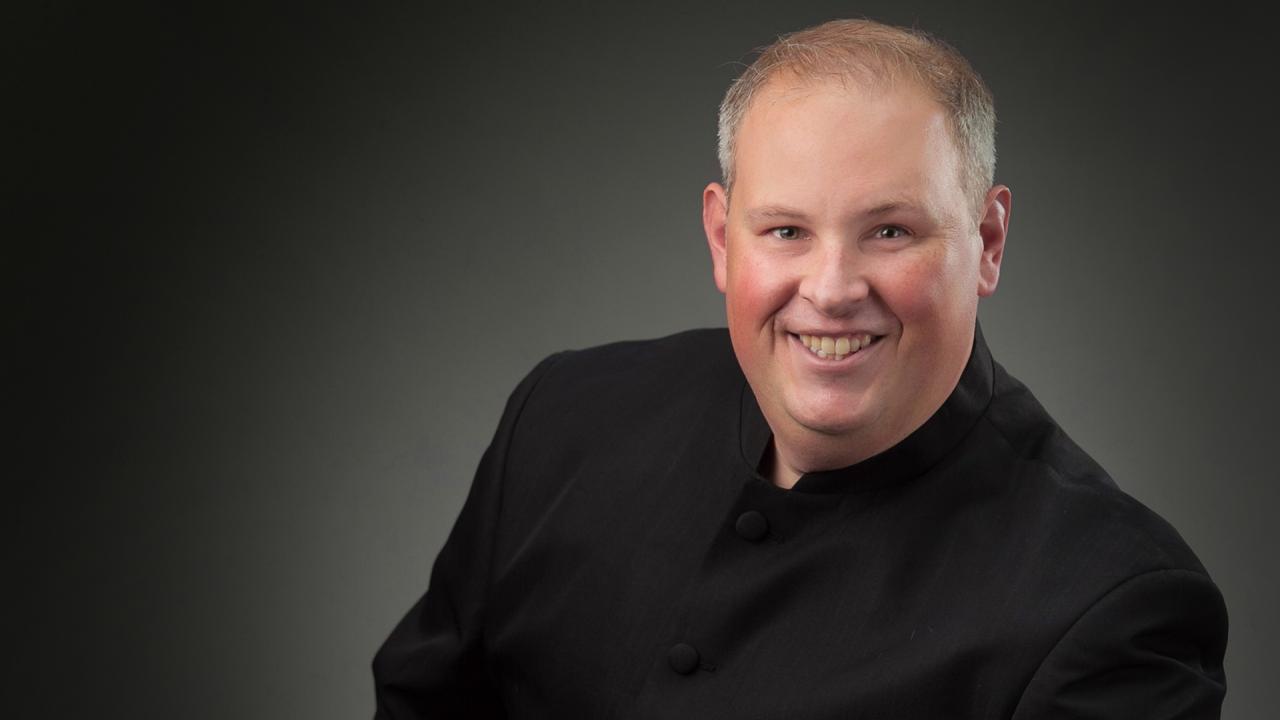 There, Folliard was appointed conductor of the Air Force String Orchestra and conductor of The Singing Sergeants. Additionally, Folliard served as the associate conductor for the Concert Band and Ceremonial Brass, and was producer of the organization’s recording projects.

Following his service in the Air Force, Folliard was offered a teaching assistantship accompanied with a full scholarship to study at the Eastman School of Music with master pedagogue Neil Varon. There, he also held the position of Eastman conducting fellow with the Rochester Philharmonic.

Most recently, he served at the Crane School of Music at the State University of New York at Potsdam, where he served as interim director of orchestras.

Upon his appointment in June 2017, Augustana officials called Folliard a great addition to the campus community.

"While his skills as a conductor, producer and leader are exceptional, Peter's outstanding ability to work with people is what makes him truly unique. He possesses the ability to adapt to his surroundings and communicates in a way that inspires the best from all those with whom he works," said Dr. Jerry Jorgensen, interim senior vice president for academic affairs. "He will no doubt be a  wonderful addition to the Augustana community as a dynamic educator, skilled clinician and passionate musician."

Throughout his career Folliard has been recognized as an outstanding leader, performer and educator. The University of North Texas selected Folliard as its “Outstanding Member” and “Bandsman of the Year.” The military recognized Folliard for his “leadership, integrity, professionalism, team contribution and fellowship.”  Eastman awarded him its prestigious Graduate Teaching Assistant Prize.