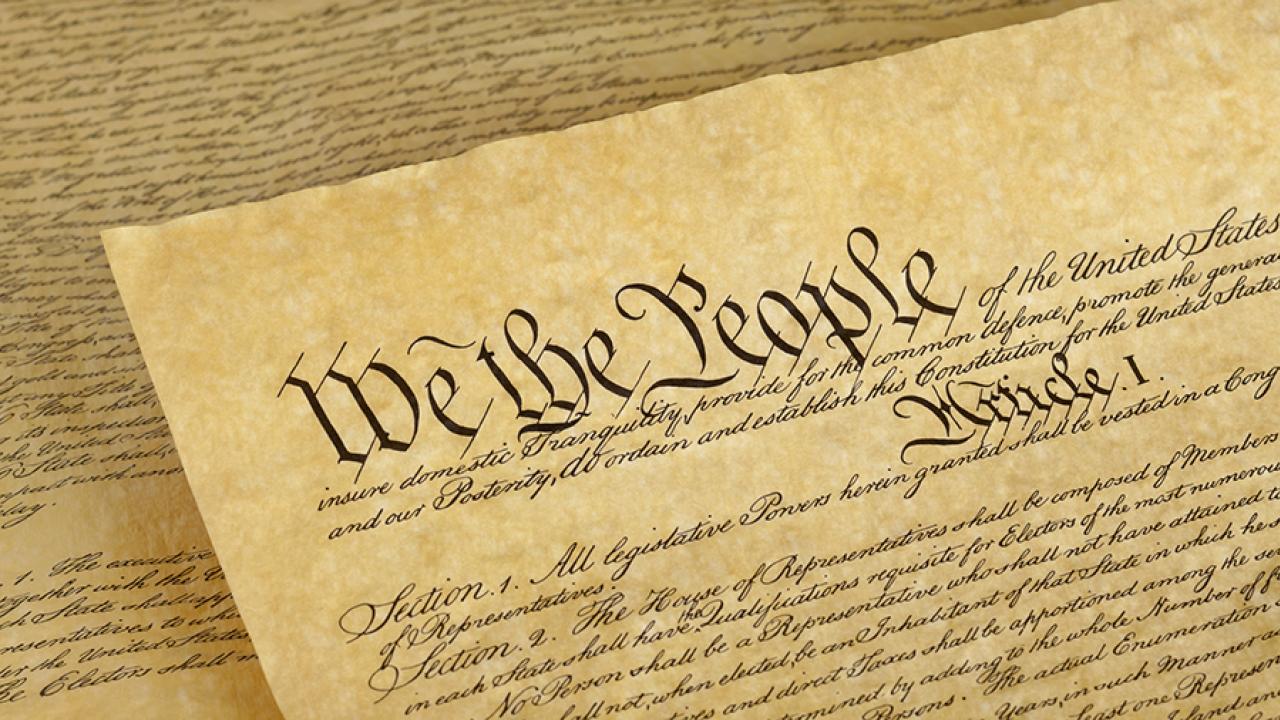 On Constitution Day, September 17, the United States commemorates the drafting of its Constitution. Broaden your knowledge of — and appreciation for — this historic and important document through a brief exploration of the following information and links.

If you are an upperclassmen and have accessed your NY Times digital access before, following are renewal instructions:
- You must be on-campus
- Click on "Log in here"
- Enter your username/password
- After logging in, you should see the new expiration date for your account
- You will now be able to access the digital NY Times from on- or off-campus.

If you would like to start accessing the digital New York Times, following are instructions:
- You must be on campus.
- Select Create an Account and follow the the prompts
- You will now be able to access the digital NY Times from on- or off-campus.

Check out a selection of books (and a few videos) about the Constitution that are available at the Mikkelsen Library.

Test your knowledge with an interactive quiz- ConstitutionFacts.com

Justice Learning, by the Annenberg Classroom — The Constitution Guide investigates the meaning of each article of the Constitution in a “What it Says” and “What it Means” format. An extensive interactive timeline of the ratification process is included.

Interested in learning about the men in the below oil painting? Thirty-nine men, most of whom you've probably never heard of, have had an enormous impact on your life. Who were they? Read the bios of the signers of the Constitution on the National Archives website. 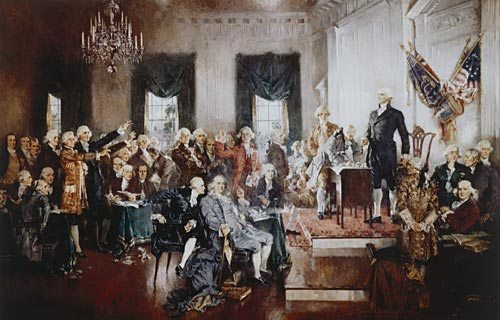 The Scene at the Signing of the Constitution, oil painting by Howard Chandler Christy, 1940.